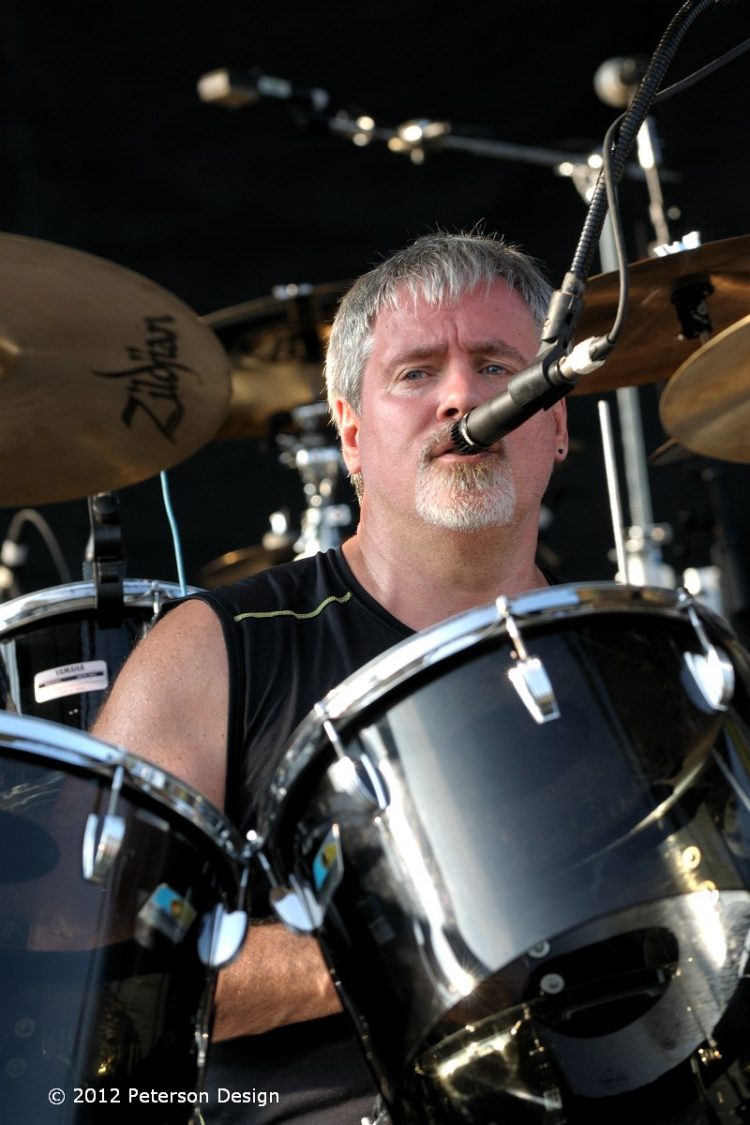 When I opened the front section of the Daily Herald Sunday, I noticed a big ad for the Naperville Exchange Club Ribfest.

Fact is, I’ve been noticing the Ribfest ads in other papers, too. But the way Sunday’s ad was designed, it hit me that a hometown band will be first to perform on the Main Stage at 12:30 p.m. today.

I don’t know about you, but I don’t personally know any of the musicians who have ever played on the Main Stage at Ribfest.

Of course, since Ray Kinney went to high school with Jim Sonefeld of Hootie and the Blowfish, he knows all the members of those Ribfest Main Stagers – they’ve even played golf together – but that’s another story.

This year, however, I can boast knowing one of the singers who will perform bigger- than-life on the Jumbotrons to open Naperville’s four-day tribute to Independence Day with a big barbecue and outdoor music festival at Knoch Park.

Today, for the first time, “One More Time” will perform a one-hour concert at Ribfest at lunch time. Folks who frequent Frankie’s Blue Room will recognize these seasoned musicians – Bob Carroll, Dick Kuhn, Tom Schlueter and Rob Steininger – who play classic and contemporary rock cover tunes along with original music. Kuhn, who keeps his day job as an attorney, is the band member I know.

To be honest, I’d heard from Jan Erickson several months ago that Kuhn’s band might perform at Ribfest. I just wasn’t sure if it were a done deal, so I contacted Kuhn on Friday.

“We’re working hard for the event,” said Kuhn – I sensed he was pumped. “We’re donating our time, as I’m sure most of the local bands are. The charitable cause is the main focus. We’re happy to be a part of it all.”

Ah, yes. That charitable cause.

In recent weeks, I’ve received literally dozens of press releases from nonprofit organizations noting funding shortfalls, thanks, in part, to the state’s budget woes that have affected just about everyone during these uncertain times.

Supporting Ribfest helps many nonprofits. Consider a few factoids from 2008:

After four days of sunshine, fine organization, generous sponsorships and hundreds of volunteers, the Exchange Club of Naperville divvied out $602,000 to 51 charities for initiatives to fight child abuse and domestic violence. Grants to nonprofit organizations ranged from $2,500 to $35,000. Another $110,000 helped support the club’s Parent Mentor programs operated through NCO Youth and Family Services. And $51,000 went to charitable organizations that provided volunteers to work six-hour shifts during Ribfest.

Now raise your hand if you’ve bemoaned in recent years that Ribfest has become so attractive that you don’t recognize as many local folks enjoying ribs as you did 15 or 21 years ago.

If you’d like to experience Ribfest with a local crowd, watch a homegrown band of musicians and support a whole bunch of worthwhile causes with the $10 admission, head out to Knoch Park at noon today.

The rib vendors will be ready. And I’m confident Kuhn and the other members of the band would love to play for you.

For more information about One More Time, visit www.onemtime.com.